Lucy’s Faith is the second part in the Lucy Mason short story series. The release date is anticipated for July 13, 2021 as I finalize a great story. Read free chapter below after the book synopsis.

Now that she has a fresh start in Chicago, Illinois with her big sister Carol.  Lucy’s faith will be tested and questioned as she seeks to heal in the next chapter of her life. Doors will open for Lucy and challenges will present themselves as she presses forward for a new beginning. Will she doubt herself? Will she learn to have faith in God and know that he will provide for her?  Will she forgive Roger?

I could not believe it had been six months since I left my apartment in Milwaukee, Wisconsin, with my ex-boyfriend Roger sleeping on my couch.  My life had changed in a matter of months.  I was settled into my room at Carol’s place on the southside of Chicago with her husband, Charles.  They had been caring, encouraging, and extremely helpful.

In the first three months, my sister made me enroll in this program called Thrive to complete my high school diploma in twelve weeks.  It had been challenging because I dropped out of high school my sophomore year, so I was behind in math, reading, and history. I buckled down and focused on what I needed to complete every day.  Besides, I would need a diploma if I wanted to be hired at any of the local hotel chains in Chicago.

Carol said she would help me with my homework, read all my papers, and help me study for tests. That was the perk of having a sister who was a high school teacher.  Carol was a great teacher at Booker Thomas Prep.  I got the chance to visit her class and observed for an entire week. I knew my sister would be supportive, but I did not know to what extent she was going to push me to press forward when I felt like giving up.

Carol made it a habit to invite me to Sunday service every Saturday, and I declined every other Saturday.  I did not see the purpose of going to church and what good it was going to do for me to sit and listen to a pastor preach for almost two hours.  What was I going to gain? How was that going to help me out in relationships, school, and landing a job?  I only went twice because Carol and Charles tag-teamed me into going to church and prayer service on Wednesday nights.  Prayer service was a joke.  The good man upstairs did not even know who I was, so why would God listen to me now?  I did not know where to begin praying, let alone how to do it.

After passing the required state exams for my high school diploma after three months, Thrive gave their students a graduation ceremony.  I was super excited because I got to pay for my cap and gown.  Carol insisted on making a big deal about this, so she invited our parents and my sister Mary Lou.   Carol called our mom and put her on speakerphone.

Carol asked, “Mom, so your baby girl will be graduating from Thrive Academy next Saturday at 11:30 a. m.  Will you and Daddy be able to come up?”

“I guess we can drive up next Saturday since we don’t have any plans at the moment.”

Carol rolled her eyes at her phone when Darlene, aka Mama, made that comment. If this lady knew she was on speaker, she would have a fit.

Carol said, “Mom, come on, it’s Lucy’s high school graduation. You don’t want to miss this special day for her.”

My mother had an attitude when she said, “I said, we will come up.  Stop begging; it’s not ladylike.”

Carol smiled at me before telling Darlene Mason, “I am throwing her a little celebration barbecue, so you have no choice but to come. Besides, you know daddy is not going to miss Charles’ famous ribs.”

Mama, being who she was, always had to get the last word.   Mama said, “That potato salad better not be sweet and no raisins in it like the last time.  You know what? Don’t you worry, I will just bring my famous potato salad and baked beans specialty.  Some of your in-laws know nothing about soul food cooking.”

Now, how was my mother inviting herself to bring food when she was just invited to be a guest?  How did she know Carol was not cooking or having food catered? I burst out laughing, and Mama started yelling at Carol because she didn’t know she was on speakerphone.  I heard the entire conversation, including her nasty attitude about coming.  She hung up on Carol.

Carol and I looked at one another and burst out laughing at the same time.   It was nice to know that Darlene Mason had not changed her stubborn ways.  We sat on the couch to pull ourselves together after laughing so hard at Mama.  I watched my sister go through her phone again, calling folks for this cookout.  It was hilarious to see because Carol did not know how to just leave one message; she had to leave several messages via voice mail, text, and don’t let her be friends with a person on social media. Then one would get the famous DM message that I called or I texted.  The girl is short a few screws.

Carol called Mary Lou. But she did not answer, so Carol left her a message.  Then I looked over at her, and she was texting her, too.  I said, “Carol, now you are coming off as a stalker by leaving text messages and calling when someone does not answer your phone calls.

“Yes, baby sis, I am that person. I know Mary Lou saw that I was calling her. She is sitting next to David. Or is his name Drew? I cannot remember.”

“I promise, you are a mess, Carol. That is annoying when a person calls you, leaves a voice message, and a text message.  I beg you to never do me like that.”

Looking at me and smirking, she said, “I promise that I will treat you the same way.  I don’t discriminate with my process.”

After Carol made all her calls, I went upstairs to pick out an outfit for my graduation ceremony.  I was glad I managed to save money when I was working.  I had not worked in three months since I had been here in Chicago.  I had not really had to spend any money, either, since Carol or Charles always paid for everything, I picked up when we ran out to South Brook Mall.  I felt more like their kid than the little sister.  This felt nice, but after graduation, I had a job interview lined up at one of Chicago’s top hotels downtown called Della’s Plaza.  I planned to save for a year then move out into my own little spot.  I did not want to become a burden, even though Carol and Charles say I can stay as long as I like.  I did not want to wear out my welcome.  Besides, I did not really have any privacy.  I liked to come and go as I pleased and not worry about breaking their house rules.

There was nothing like having my own place.  I had been looking online at a few places along Lakeshore Drive and a little further North of downtown since I planned to work downtown, and I was on public transportation. I liked that Chicago had multiple options of transportation between the L-trains, buses, or Metra trains to move around the city that seemed to never sleep.  Buses and trains ran all night long.

I would like to give my sister and her husband their house back so they can have some privacy.  I was sure Charles would like to walk around in his boxers, probably chase Carol around the house.  One day, I had come home early, and they were on the living room sofa all cuddled up and a deep passionate kiss.  They always stopped when I entered a room.  They were a cute couple, and I hoped someday they would start their family.

Did you want to pre-order your signed copy?

Processing…
Success! You're on the list.
Whoops! There was an error and we couldn't process your subscription. Please reload the page and try again. 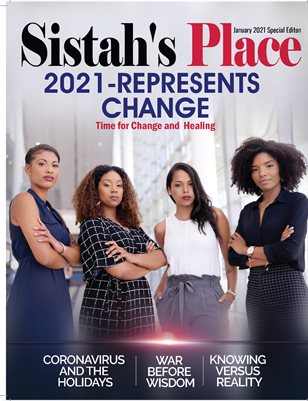